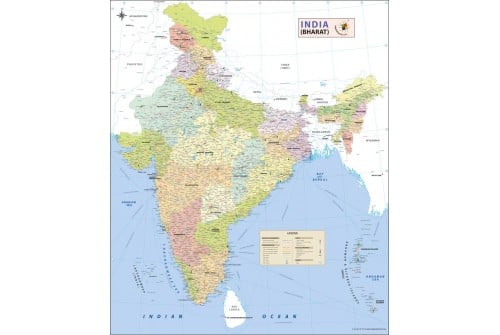 Designed for international travelers, this map is the most up-to-date map you can get on the country. The map includes all major highways, the great Indian rail network, national parks, beaches, important pilgrimage places, rivers and lakes, airports, seaports and all major tourist places of interest. It also includes the recently developed North South corridor, East-West corridor and the Golden quadrilateral highways. The map also has distances between major towns in the country, thus making it easier for a traveler to plan out his journey. Map is available in Vector formats such as AI (Adobe Illustrator), EPS and layered PDF which makes map fully editable. Non-editable version of India map is also available in 72 and 300 DPI JPG image format.