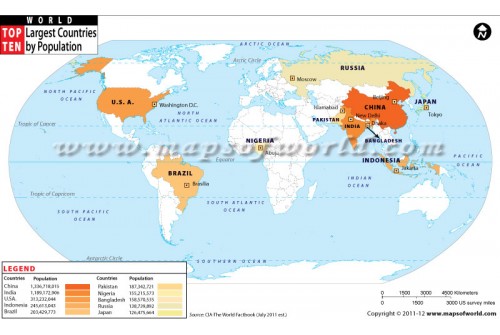 The World largest countries by population map shows the distribution of the world top ten countries with highest population. The map shows China has the highest population followed by India, USA, Indonesia and Brazil. Japan is the tenth most populated country in the world. The data for the map has been sourced from CIA World Factbook, 2011. A map legend is given in the map with information on the actual number of population in the top ten populated countries of the world. This map is useful for demographic analysis, for research work, for educational purposes, as well as for general awareness studies.