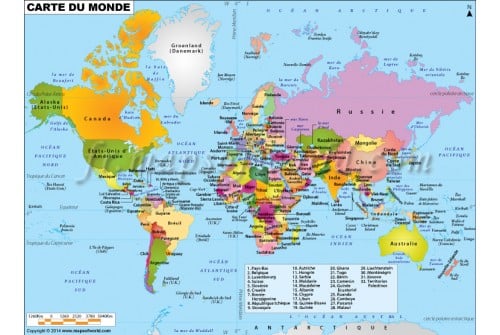 It is a brightly colored World Map with text given in French. This descriptive World Map in French depicts all the countries along with their international boundaries. Smaller nations, islands, and even overseas territories are also shown on the map. The major world oceans are mentioned on the map with their French names. The five major latitudinal lines are also marked and named in French. This scaled World Map is useful for French-speaking travelers, geographers, cartographers, and students.